Refrigeration Of The Past 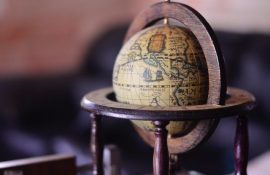 Prior to the advent of electrical in-home refrigeration, ancient peoples had to be creative about their needs for keeping food and drink cold. Their ingenious innovations are a huge part of our survival to this point. Read on to find out about refrigeration of the past around the world.

In ancient Egypt, families would boil large pots of water in the evening. They would then moisten the outside of the pot and place them on their roofs to cool overnight. The evaporation of the moistened pot would cool the water within. This then could be used to cool jugs of wine to make them more palatable for drinking the next day.

The Greeks and Hebrews of old shoveled snow into caves or trenches which they would cover with hay or leaves. This gave access to snow and the cool runoff to mix into the drinks of the rich and powerful even in the heat of summer.

Ice cutting has been in vogue as a means of keeping food cold for thousands of years. The Chinese were cutting the ice from lakes and rivers and storing them in ice houses as far back as 1,000 years BC. In 400 BC, the Persians of modern day Iran were storing ice in yakchals (Yakh meaning Ice and Chal meaning pit) which were deep dark buildings made to store winter ice in order to cool food and drinks all year round.

In the 1800’s, as transportation technology began to improve, ice became a salable commodity around the world. Fredrick Tutor made his fortune by shipping ice from New England rivers and lakes to Martinique in the Caribbean. Once there, wealthy European men snapped it up to cool their meat and drinks. Tutor expanded his business by loading railway cars with ice cut from the Hudson River and shipping it to the American South. By the 1840’s, he was loading up huge cargo ships filled with cut ice and delivering it to India, South America, China and even as far away as Australia.

The first artificial ice making system was developed in 1854, and by 1913, in-home refrigerators were all the rage. Next came the first air conditioning units, cooled shipping containers, delivery trucks, walk in freezers, and climate controlled warehouses. All of these things thankfully left the back-breaking job of ice cutting a thing of the past.